Culture constitutes the great wealth and driving force of the European Union. Indeed, just the former year, 2018, was declared as the European Year of Cultural Heritage, thus wishing to stimulate action but also to enhance the value of culture in developing a common European identity and a sense of belonging to the EU citizens.

The present proposal seeks the convergence of culture and education through the creation of an integrated educational program for the younger audience and especially the school and preschool audience provided in small museums, mainly in the province, of EU countries, using modern technology with emphasis on augmented and mixed reality. The partnership of this project has been formed with the participation of academic partners, small and large-scale museums, technological bodies along with secondary schools.

The present project hopes to turn the school visit to the museum into a stunning, charming and enjoyable learning process through an application and a game appropriately designed for school education and for its use in the educational process of the classroom providing the opportunity for experiential practice and play in the museum. The target audience is the whole school community, but mainly focusing on children, teenagers and teachers in the areas of the partners.

In order to achieve the objectives of the project, a set of activities will be set up concerning both the implementation and the subsequent exploitation of its results. 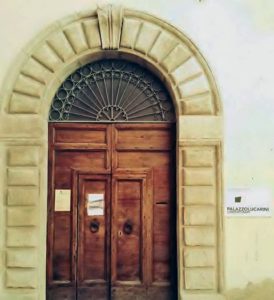 Your ticket for the: PAGINA HOME